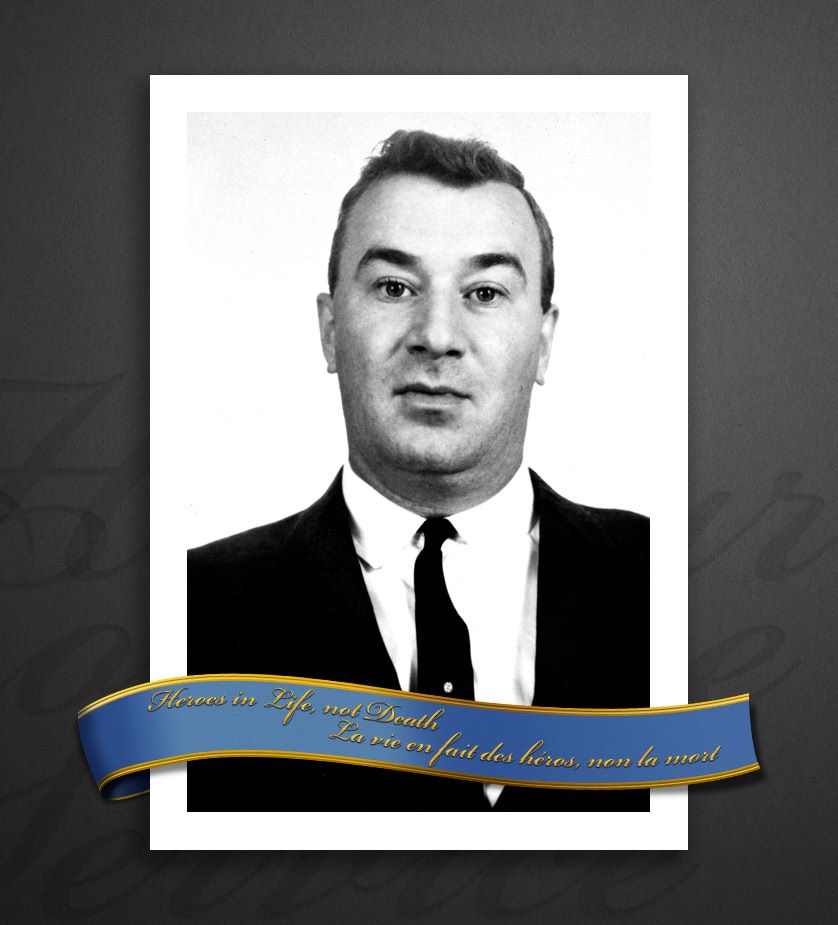 On the 21st of December, 1964, Traffic Officer David Tuckey was returning early to the station. It was his last night in the traffic department as he had been promoted to the morality division. Constable Tuckey was thrown from his motorcycle when he collided with a car on Nicholas Street near Hurdman Road. He received extensive head injuries which left him off work for over a year and a half. Unable to return to active duty, David Tuckey was re-assigned to the court section. Five years after the accident, the recently promoted Sergeant was on duty in Traffic Court when he collapsed and died of a heart attack. He was 37 years old. He was survived by his wife and four children.