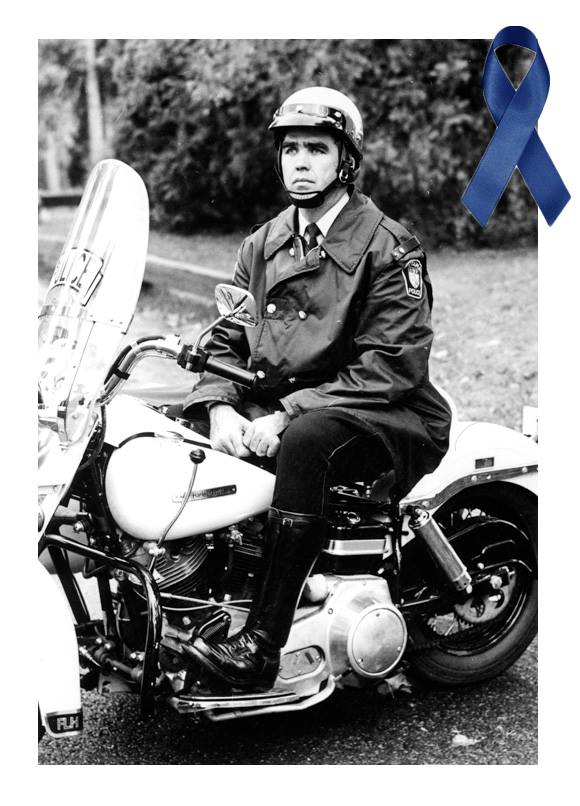 On September 7, 1983, 41-year-old Constable Russell O’Connor was answering a police call on his Kawasaki, when the motorcycle went out of control and slammed into a median on the westbound Queensway.

He was rushed to the hospital, but died from his injuries shortly after the accident. ‘Russ,’ as he was known, was a husband, father, and an 18-year veteran of the Ottawa Police. A coroner’s jury found that a combination of high-speed wobble and a helmet that failed to protect the officer were probable contributors to O’Connor’s death.

As a result of this tragedy, the Ottawa Police removed the entire fleet of motorcycles from the roads