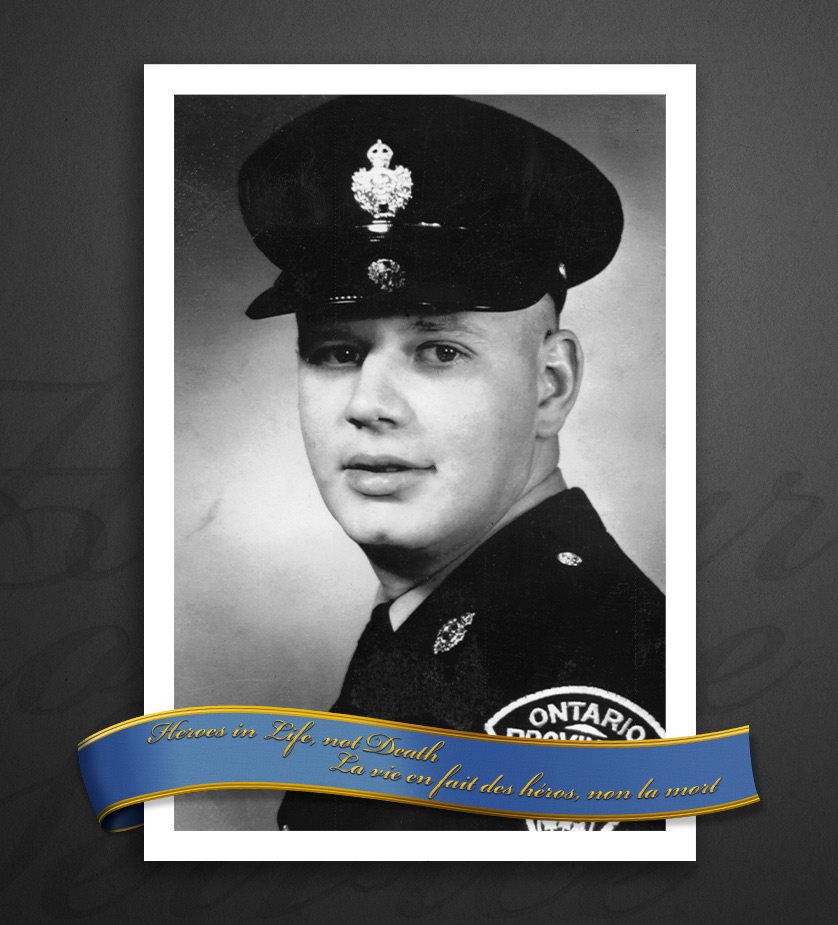 On April 4, 1966, Cst. Maki was responding to a complaint of a man walking on a road discarding his clothing. The man was taken to the Royal Ottawa Sanatorium. A struggle ensued when the man tried to flee. He was able to remove Cst. Maki’s revolver from his holster and fire five shots, killing him. The man was later found not guilty of the murder by reason of insanity. Cst. Maki was survived by his wife Marlyn.

The job of a police officer is a demanding one but for some officers, the contributions made in the line of duty are immeasurable. This weekend, we honour a man who made the ultimate sacrifice while working to keep Ottawa’s streets safe.