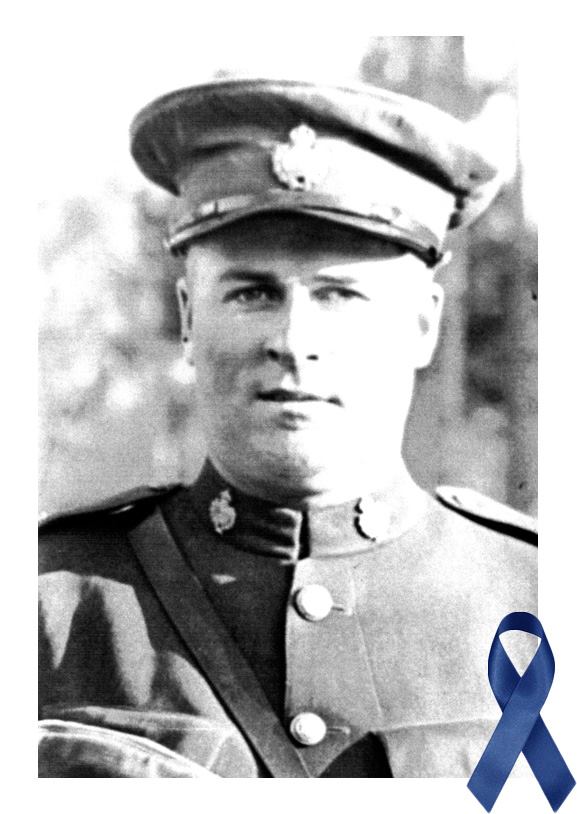 Constable John Montgomery transferred from the Department of highway Motorcycle Patrol to the Westboro detachment of the Ontario Provincial Police in 1930. On July 31, 1931 while on motorcycle patrol eastbound on Carling Avenue, a vehicle ahead of him veered out of its lane to avoid a parked car. While attempting the same maneuver, he was killed in a head-on collision with a westbound vehicle. He was 23 years old and left a wife and young son behind.