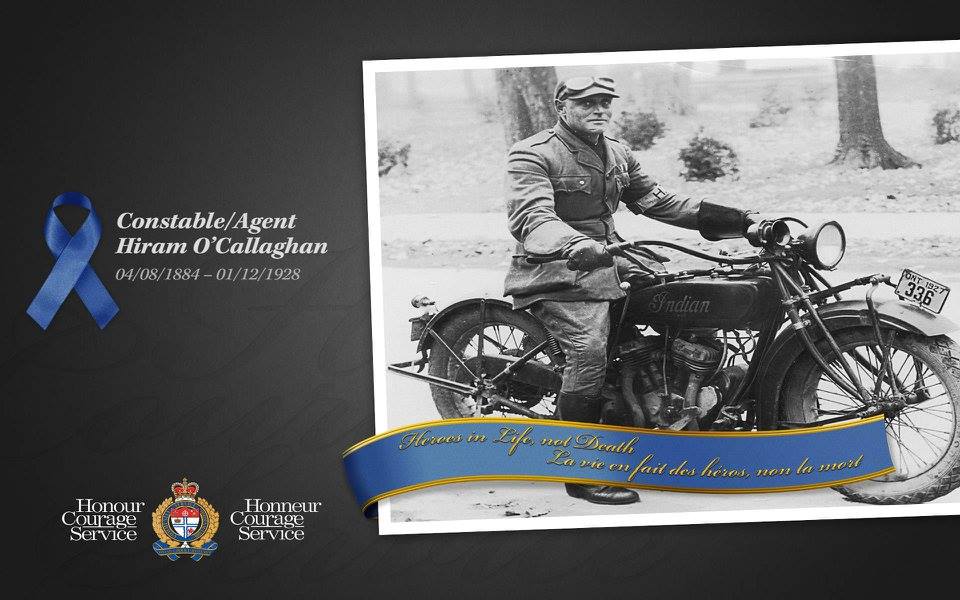 In memory, we honour  Provincial Traffic Constable Hiram F. O’Callaghan (April 8, 1884 – January 12, 1928) who died while in the performance of his duties.

On January 12, 1928, Provincial Traffic Constable Hiram F. O’Callaghan was operating his motorcycle southbound on the Prescott Highway from Ottawa to Kemptville. Between Manotick and North Gower, he noticed a northbound truck and attempted to maneuver on the frozen road to allow safe passage. Turning his handlebars, he successfully moved his front wheel out of a deep rut but icy conditions caused the motorcycle to skid directly into the front of the truck throwing Constable O’Callaghan more than six metres. He died instantly. Constable O’Callaghan, who had been with the Provincial Department of Highways for eight months, was 43 years of age and left behind a wife and six children.