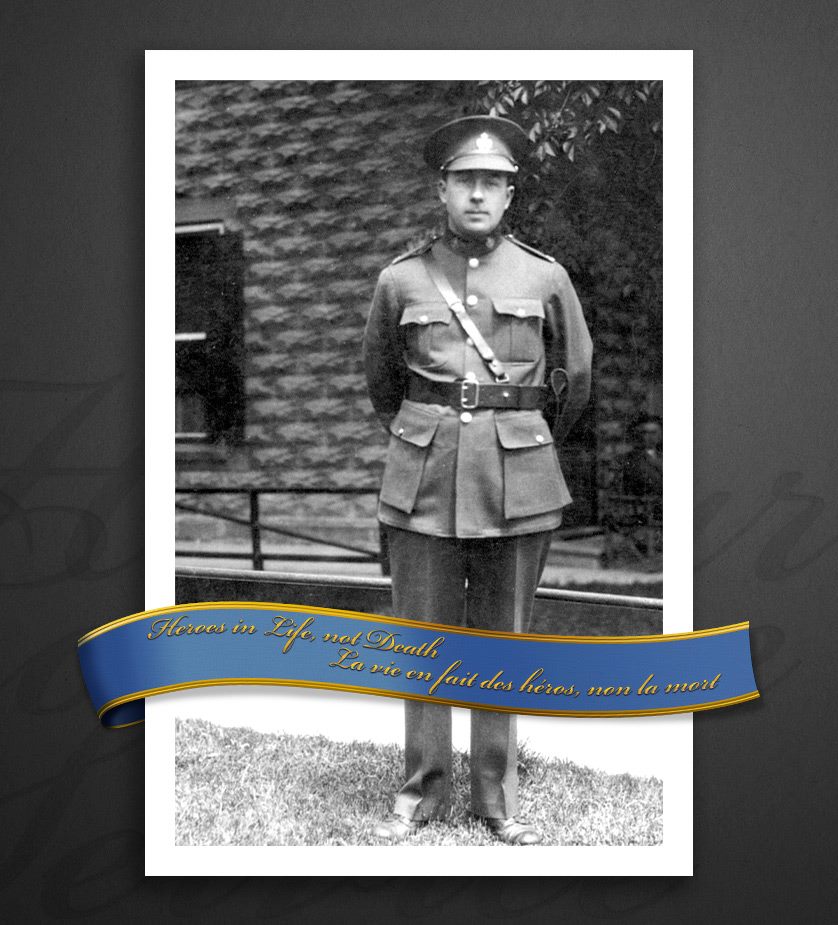 On the morning of June 20, 1940, O.P.P. Constable Harold (Hal) Dent of the Rockland Detachment received a phone call about a suspicious person at the train station in Navan. When he approached the suspect and asked him to identify himself, the man pulled a gun from his coat and shot Constable Dent, mortally wounding him in the abdomen. He died within an hour, still on the floor of the station, leaving a wife and infant son. The gunman—a transient wanted for a break and enter in Quebec the night before—was pursued by off-duty O.P.P. officer Acting Sergeant Allan Stringer, who shot and killed him a short distance away from the train station.
Sergeant Harold Dent, Constable Dent’s grandson, and his wife, Constable Katrina Moore, work with us at Ottawa Police today.