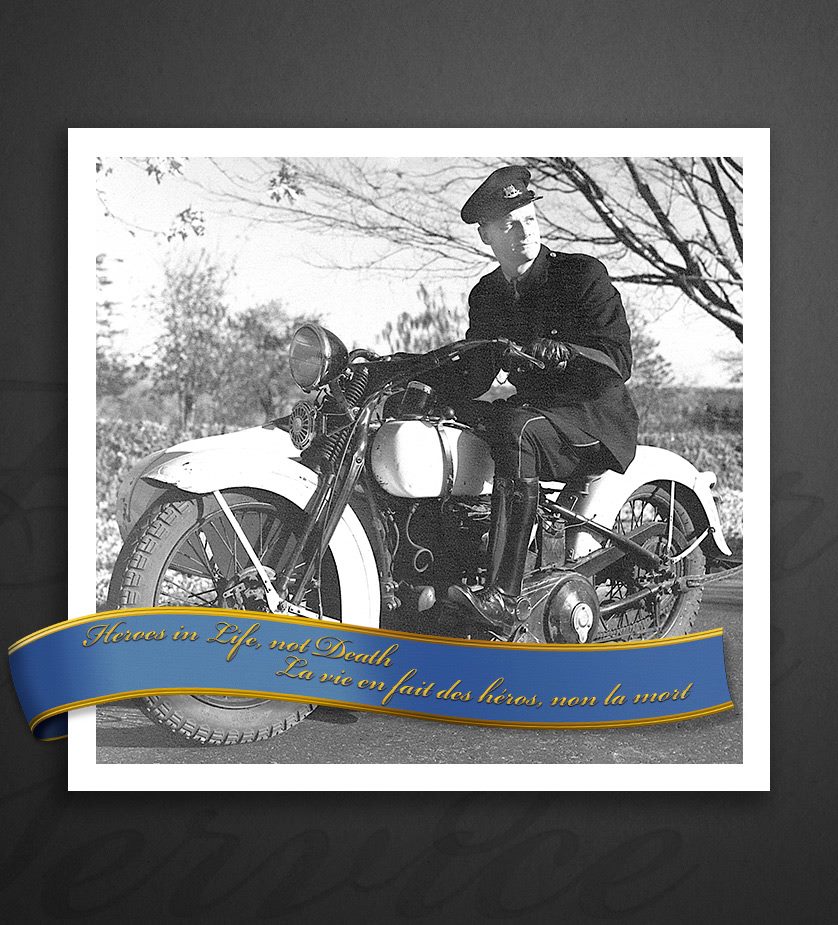 In memory, we honour Ottawa Police Constable George Constantineau (Aug14, 1915 – Nov 17, 1954) who died while in the performance of his duties.

Constable George Constantineau was a veteran traffic officer with 17 years of service. On November 17, 1954, he was returning to the station after performing motorcycle escort duty. As he navigated through the maze of construction on Sussex Drive, his police motorcycle struck the end of a boulevard curb. The bike flipped, throwing Constantineau to the far end of the island. He died from his injuries. He was survived by his wife and four children