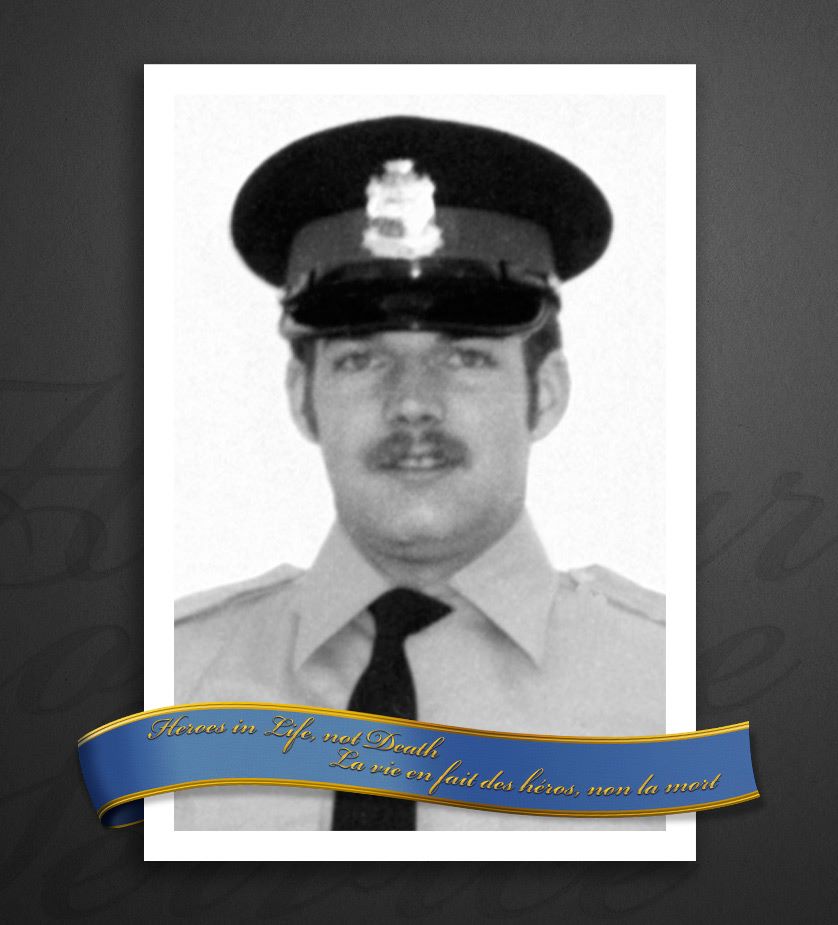 On Monday, July 11, 1977, rookie Constable David Kirkwood was aiding in the arrest of a 22-year-old man on an outstanding warrant for assault causing bodily harm. The Ottawa Police had located the suspect in a house on Gladstone Avenue. Constable Kirkwood arrived on scene with his training officer. As the two officers approached the resident, the suspect fired out the side window. The bullet struck 21-year-old Constable David Kirkwood. He died on the scene. The situation exploded into a three-hour gun battle with more than fifty officers involved. When the suspect finally surrendered, police found an arsenal that included a 12-guage shotgun, .303 caliber rifle and a .22 caliber rifle. Cst. Kirkwood’s death inspired the Canadian Police and Peace Officers’ National Memorial.